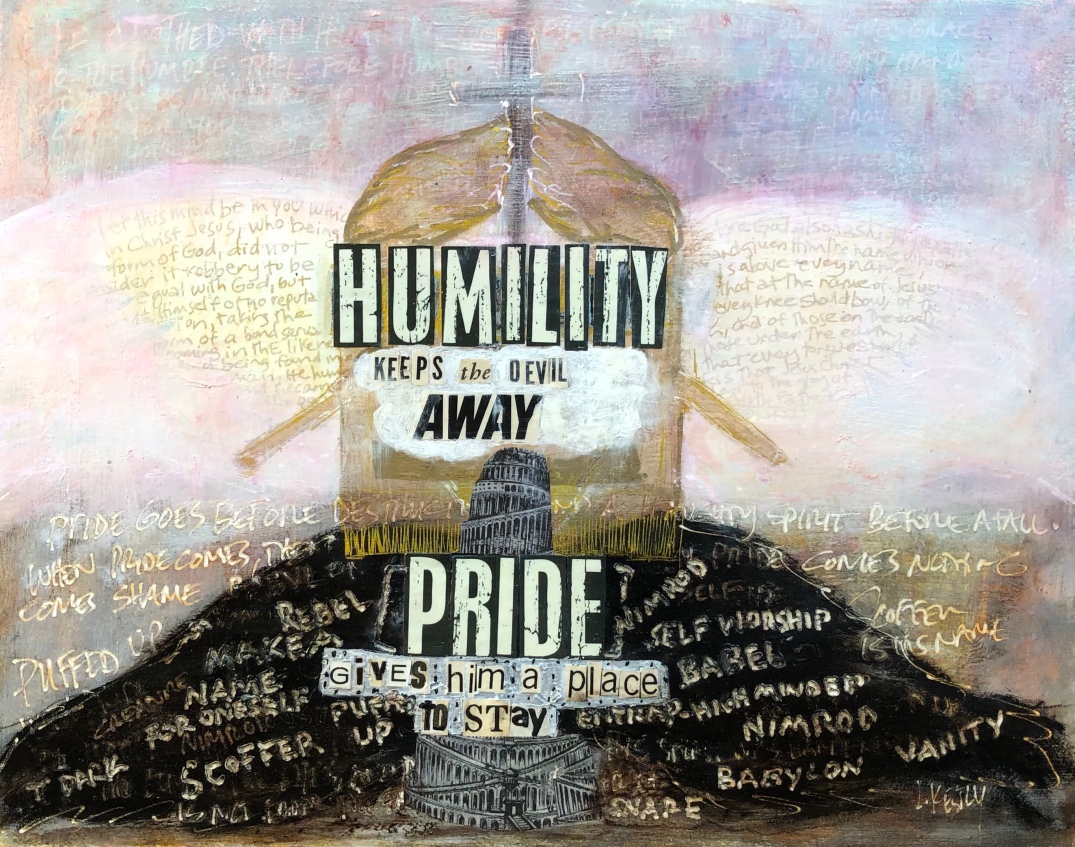 The Bible records the unfolding eternal purpose of God. It’s a conflict of the ages—the ultimate good versus evil, and a story of redemption. It’s also a record of the battle of wills—the will of God versus the will of the created.

Lucifer (the exalted cherub) had it all with his position of privilege, beauty, and wisdom. When his heart was lifted up due to his beauty and brightness, his wisdom became corrupted. He desired to rise above the boundary that God had set for him and be like the Most High God (Isa. 14:13-14, Ezek. 28:12). He said in his heart, “I will ascend into heaven, I will exalt my throne above the stars of God; I will sit also upon the mount of the congregation, in the sides of the north: I will ascend above the heights of the clouds; I will be like the Most High” (Isa. 14:13-14). Following his own will instead of God’s led to his fall (Isa. 14:15, Ezek. 28:17-19) and ultimately to his demise (Heb. 2;14, 1 John 3:8). Mankind shortly after followed suit as they believed in Satan’s (fallen Lucifer, aka the serpent) lie that they could be as God (Gen. 3, Rev. 12:7). All who come after Adam, born of the woman, have the same free will to choose God’s ways or to trust in their own understanding (Prov. 3:5-7).

THE WAY OF CAIN

After Adam and Eve were evicted from the garden, Eve bore two sons, the first Cain and the next was Abel. Abel trusted in God’s ways, but Cain trusted in his own (Gen. 4). Cain welcomed sin and its desire led to the first recorded murder (and an important indicator that pride (trusting in self) gives place to the devil). “Cain who was of the wicked one” murdered his brother because his works were evil and his brother’s righteous (1 John 3:12, Heb. 11:4). Cain’s name would become forever synonymous with the evil way (‘raising Cain’–meaning ‘raising hell’ or ‘raising the devil ‘). Many others would follow after ‘the way of Cain’ (Jude 1:11).

THE TOWER OF BABEL

After the flood, God blessed Noah and his sons and told them to be fruitful, and multiply, and fill the earth (Gen. 9:1). Sadly, through the line of Noah’s son Ham, his descendent Nimrod led a rebellion in defiance of God. He encouraged all to unify in one place and build a city for themselves, and a tower whose top is in the heavens in order to make a name for themselves (desiring to be their own gods) (Gen. 11:4). God will not be mocked and whatever man sows, he will also reap (if not immediately, eventually) (Gal. 6:7). Everyone proud in heart is an abomination to the Lord; though they join forces, none will go unpunished (Prov. 16:5). Even though God has allowed mankind free will, He is ultimately in control and even uses Satan and evil for His larger purposes (Prov. 16:4). When man’s will (plans) interfere with God’s ultimate will He steps in (Prov. 16:9), and He did so in this instance when He scattered the people abroad over the face of the earth and confounded their language (hence the name ‘Babel’) (Gen. 11:5-9).

TO GOD BE THE GLORY

God, the Creator, is not mortal, fallible, or corruptible so His thoughts and ways are so much different and superior than anything He’s created (Isa. 55:8-9). Even though God has clearly revealed His invisible attributes, eternal power, and Godhead through the things He has made (creation), men and women have chosen not to glorify Him nor be thankful. They’re naturally bent on doing things their own way (independent of God). The irony is as they profess themselves to be wise, they become fools and become futile in their thinking. They exchange the truth of God for the lie— and worship and serve the corruptible creature rather than the incorruptible Creator (Romans 1:18-32).  The three things that men boast of and trust in are wisdom, power, and riches. God’s way of thinking is not only superior in relation to what He’s created, but it flip-flops the worlds way of thinking. God chooses the foolish things of the world to put to shame the wise, and the weak things of the world to put to shame the things which are mighty. He chooses meaningless things of the world and the things which are despised, and the things which are not valued in society to bring to nothing the things that are prized in the world. Why? —For the sole purpose that no flesh should glory (boast) in in His presence—He that glories, let him glory in the Lord (1 Cor. 1:27-31, Jer. 9:23). And that brings us to the epitome of humility and obedience—

THE WAY OF THE FATHER

The long-awaited Messiah of the Jews was born in a lowly manger (Luke 2:7). There was no outer beauty that attracted men and women to Him, in fact He was despised and rejected (Isa. 53:2-3). His triumphal procession as their king was on a donkey, not a steed (and not just a donkey, the foal of one) (Zech. 9:9, John 12:12-15). Jesus Christ was obedient to the Father unto death on the cross (Phil.2:5-8, Gal. 3:13). One only has to look at His recorded words in the Scriptures during His time on earth prior to His crucifixion (note the contrast of ‘not my will’ vs. Lucifer’s ‘I will’):

And knowing that the time for His crucifixion was near He prayed, “…not My will, but Yours, be done” (Luke 22:42). Jesus could then truly say to God the Father, “I have glorified You on the earth. I have finished the work which You have given Me to do” (John 17:4).

And to further support God’s ways are not the ways of the world, He exalts the humble in due time. After Christ’s supreme sacrifice, “… God also has highly exalted Him and given Him the name which is above every name, that at the name of Jesus every knee should bow, of those in heaven, and of those on earth, and of those under the earth, and that every tongue should confess that Jesus Christ is Lord, to the glory of God the Father” (Phil. 2:9-11).

HUMILITY KEEPS THE DEVIL AWAY. PRIDE GIVES HIM A PLACE TO STAY.

The above rhyme popped in my head one day and has actually come in handy, (especially when I’m out driving my car) (nothing like a little humility on the road).  Boy that prideful nature can sure rear its ugly head when we’re fixated on our will and desires instead of looking solely to God and being obedient to His will.

Here’s the thing, Satan is a liar and an accuser of those who believe (John 8:44, Rev. 12:7, 10). He not only desires to suppress God’s truth, he wants to take away the believer’s focus from worshipping God, their Creator, and instead turn them toward worshipping the creature or created (whether it be self, or anything or any person of the world that we idolize or put in the place of God). To be a friend of the world is to be an enemy of God (Rom. 8:5, 7-8, James 4:4, 1 John 2:16-17).

ACTING ON EMOTIONS
“A fool vents all his feelings, but a wise man holds them back” (Prov. 29:11).

October 3, 2022October 4, 2022 by Laura Kestly Tags: emotions, humility, obedience, pride, rebellion, strong in the Lord, to God be the glory, tower of babel, traps of the devil, victorious in Christ, way of cain, will of God, will of man Leave a comment